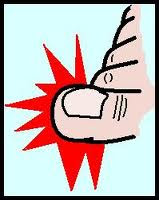 It's just a toe. The big one; the "this little piggy went to market" one.
It's just a toe and it shouldn't be able to bring down a big boy like me, robbing what was supposed to be a 60+ mile week. But it did!
Yesterday I stubbed my right big toe. At the time, it hurt, but I certainly didn't think it was of a magnitude to be a problem. Today, however, I was able to log a mere 4 miles, half of the eight that was scheduled.
I'm hoping that tomorrow is a better day. The upside is that this is better happening now, in week four of the eighteen week training program, than in week eighteen.

It could be worse. Robert Louis Stevenson said, "It's a pleasant thing to be young, and have ten toes." And while I am not as young as I used to be (except in my mind), at least my toes are still there. Even though the big one hurts!
at July 29, 2011 No comments: 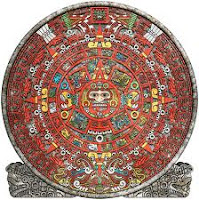 My run this morning was highlighted by these guys to the left. In a year when I have seen far more snakes than almost any type of critter (are snakes critters?), it was great to see these fine young deer teenagers. they were close enough to almost touch and were not, in any way, shape or form put on edge because of my presence. This sighting capped off three interesting days of runs in the Cherry Creek State Park.
Since the deer were Day Three, I will continue in reverse and give you Day Two. I'm about a quarter of a mile from completion of my morning run when a man runs up beside my wife and me and says, "You don't have to stop running. But, I've seen you out here before. A couple of months ago, you inspired me to extend a run from five to eight miles and I hadn't been that far in ages."
"That's great," I replied.
"You were going into the woods and I had never run in the woods before - didn't even know where the trail went. You looked so easy, almost gliding effortlessly along and I had to follow to see where you ran. I figured you were out here all the time. You motivated me to go further. Thanks for the inspiration."
"Well, thanks. And you're welcome." I said.
I will confess that I DO NOT remember the last time anyone described me as gliding or effortless but I can tell you, it was the highlight of Day Two!
Day One was about thoughts. As some of my somewhat faithful readers know, I enjoy a run for many reasons. One of the biggest reasons is that it is on the run when I do my most creative thinking. I've written entire classes on my runs, filled the holes of a troublesome presentation, and occasionally solved the world's problems. But on Day One, I went to a place that I have not been in decades and frankly.... a place that was pretty scary. 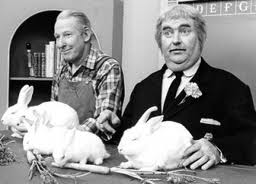 Out of nowhere, I began to remember an episode of Captain Kangaroo. Yes, Captain Kangaroo and his theme song hit my head with a vengeance. I could see him jingling his set of keys and setting them on his key hook. Then.... it all came back: Mr. Green Jeans, Mr. Moose, Bunny Rabbit and Grandfather Clock. Wow!!!
So, during week number two of my eighteen week buildup for the Savannah Marathon, I have had three great days of diversion: Deer adolescents, complimentary fellow runners and the Captain.
Sure beats snakes!
at July 13, 2011 No comments: