Zombies, Cows and Me

I have read stories about humans that were drawn, like zombies, into situations they best avoid. I have also heard the tales of cows walking off the edge of a cliff in a trance-like state falling helplessly into the canyon below. It is with these visions in mind, that I contemplate entry into the 2012 Bolder Boulder 10K.

I can't explain it. I've run this race eight or nine times since moving to Colorado in the fall of 1978, running well maybe twice. Back in the eighties, I zipped a 36 and change and ran pretty well and in 2000, I ran around 40 minutes two days after a 1:25 half marathon. Most of my experiences, however, were like 1994 when I wrinkled like a freshly washed linen shirt, watching everyone and their dog pass by singing and laughing (surely they were laughing AT me).

So what's the attraction, you ask? Honestly, I have absolutely no idea.

Maybe I just love crowds. Weren't there close to 50 some thousand people running through the fitness capital of the Rocky Mountains last year? Maybe it's the schedule. There is something to be said for running your race and then relaxing and watching the elites go at it. Perhaps it's just Boulder. I don't get to the People's Republic to run often enough any more. This might be good motivation. More likely is that I am growing tired of being asked the question, "So are you running the Bolder Boulder this year?" and having to tell my multiple tales of woe.

No matter the reason, it appears that I will be at the line on Memorial Day, May 28th. I'll be the one in the hypnotic state, headed for the cliff. 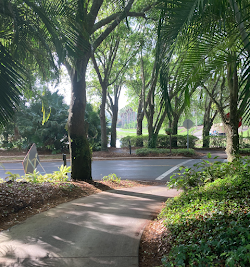