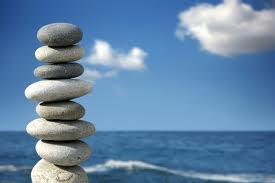 I'm finding that my running, in the past few weeks, is in kind of a peaceful place. While I'm not actually training for anything in particular, I am most definitely training. My log shows the last five weeks at an average of 70 miles a week. The pace varies, according to how I'm feeling any particular day. The only time Mr. Garmin is turned on is when I'm exploring a new route or monitoring my heart rate. On a weekly basis, a run of 15-21 miles is thrown in for good measure.
I'm on a real roll at work. The next three months are busy, busy, busy. As a speaker/trainer I am happiest when I am writing new content, booking gigs and delivering the message. Maybe my run training has subconsciously evolved to be exactly what I need at this time, a peaceful place where everything slows down a little.
I suppose I could label this phase as base building. The coach inside me would find it quite questionable that I would be running without focus or intent. Luckily, the coach inside me must be enjoying the time off as I feel no need to label this time of training and feel no guilt about not "training for something." Having just written those last words, it dawns on me that I am training for something - I am training for me. That's all, just me out running on my planet as I feel, connecting with whomever and whatever I choose. Wow.... does this make me one of those zen/chi guys?
Maybe there is an early spring marathon in my future. Not sure, maybe there isn't. I know one thing for sure, there is three inches of new snow on the path, it's a bit nippy and it's time to lace up my shoes...
Peace.
at October 26, 2011 No comments:

From the words of Dean... 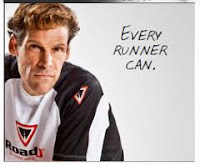 "The marathon mercilessly rips off the outer layers of our defenses and leaves the raw human, vulnerable and naked. It is here you get an honest glimpse into the soul of an individual. Every insecurity and character flaw is open and on display for all the world to see. No communication is ever more real, no expression ever more honest. There is nothing left to hide behind. The marathon is the great equalizer. Every movement, every word spoken and unspoken is radiant truth. The veil has been obliterated."
- Dean Karnazes
at October 14, 2011 No comments:

Facebook and Twitter are lit up! All of my friends are talking about it.... Tim Tebow led the big comeback yesterday and the Broncos ALMOST won (actually isn't it only a real comeback if you win?)! Is it Tebow time? I don't know, but I will say this: Here we go again. I will also say this: it doesn't much matter to me.
It's not that I don't like Tim Tebow. Heck, I don't even know him. And it's not that I'm not a Bronco fan ...... well, I'd better not go there. It's just that 1) the guy hardly played last year (his rookie year) and has seen extremely limited time (even at practice) this year. Even John Elway wasn't John Elway for a few years. So maybe we could just sow down a little here. and 2) I was busy this weekend.
Saturday I ran long. It was snowing, the wind was blowing and it was chilly. I finished strong, very strong (talk about a comeback). Then I religiously cheered for my Ironman favorites, Chrissie Wellington, Mirinda Carefrae, Craig Alexander and Chris Lieto for hours online. These are remarkable athletes who only wish they made in their careers what Tim makes in a season (not Tim's fault, by the way). In between, I supported the Denver marathon Expo and was lucky enough to get to chat with Kara Goucher, one of the world's finest female distance runners. I didn't really have the time to ponder upon how our Denver football team would do on the following day. I hit the sack early having done quite a bit.
Sunday I was up at the crack of dawn watching Ryan Hall shoot for victory in the Chicago Marathon only to be thwarted by Kenyans. Again, I was relegated to watching this international event online as ESPN was showing Poker, or Bowling for Furniture or some important sport like that (thanking Al Gore for his wonderful invention). Then it was off to Wash Park to watch the Denver Marathon go by. First, Chris Siemers, who did nothing less than run the fastest marathon ever run in Colorado AND qualified for the Olympic Trials at altitude. Siemers, by the way, has to have a full time job to make ends meet despite his incredible prowess. Then, one of my favorite runners, Josh Cox came by. Josh, the American record holder for 50K had been in Hawaii the day before with sponsor obligations, caught a late flight, and used the 26.2 mile course as a training run in preparation for January's Olympic Marathon Trials.
Then.... it was off to the Highline Canal and my ten mile tempo run. Talk about a comeback (#2 for me), 2:30 faster for the second five miles. I felt strong and satisfied with the day's work. Upon arriving home, I checked on the final Chitown results, looked for some post race interviews and took it easy. Around 5:30 or so, I was just in time for the last minute of Tebow time. Ohhhh, so close. So, the big question now is: Is It Tebow Time?
I like Tim Tebow. I wish him the best, not just for him but also for the so-called experts to be wrong. I also have nothing against the Broncos (well, until they play the Lions later this season). It's just that I'm too busy being involved in the things in and around what I actually DO, in my life to be a spectator or a fan of something else.
George Sheehan once wrote, "From the moment you become a spectator, everything is downhill." And for me, he is right. I'm still more than active enough and involved enough to be excited about the world to which I can relate first-hand. Everything else is, well, just not that interesting to me.
Perhaps this makes me a tad weird. I accept that. I suppose there could be room in my life for football, basketball and the like. But, there isn't and I'm okay with that. So Tim Tebow, I wish you the best. I just don't actually care, okay?
at October 10, 2011 No comments:

I just began reading Dean Karnazes book "Ultra Marathon" last night and think I am in severe trouble. This morning I went to http://www.ultrarunning.com and then listened to podcasts on www.competitorradio.com of Dean and Mike Wardian on my run. If that wasn't bad enough, prior to writing this post, I seriously considered entering the Greenland 50K, held next May here in Colorado. The only thing that saved me was registration doesn't open until January 1st!
Maybe by New Years I will have regained my senses.
I've run 97,000 miles and 15 marathons. Plenty of folks have run MANY more. My longest run was a thirty mile jaunt three decades ago and I did run the Pikes Peak Marathon when it was 28 miles, instead of 26.2. In my forty-five years of pounding the pavement, the temptation to go further than 26.2 has had the overall appeal of ripe skunk carcass. Until now.
Before I do anything desperate, I am attempting to identify the source of my madness and I think I am narrowing it down. First, I don't run 2:58 for the marathon anymore (and honestly 3:58 seems like alot of work right now). I suppose I will put one together on a good day and be happy with the result, but for the most part being semi-speedy is no longer my forte. So I guess that means I go longer, right?
Then, I seriously want to blame my friends. Long time friend, David Carner just buckled at the Leadville 100 mile, his fourth such century undertaking. Up in Canada, my friend Lisa Miller is talking about some thing called the Death Race.... What is wrong with these people? And how and when did they implant this malfunctioning chip into my brain?
Finally I blame Al Gore. If it were not for the invention of the internet, I wouldn't have seen that the winner in my age group (I turn 60 for next year's racing) averaged 11:02. Conspiracy? Maybe!
In the next three months prior to the opening of Greenland registration, I will be counting on my moderately sane friends to talk me off of this ultra ledge. Unfortunately, I think it'll take some serious talking...
at October 04, 2011 1 comment: