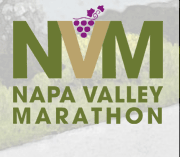 Having run 16 miles last week, I should have been smart and upped this week's effort by two miles. That was, in fact, the plan. My point to point destination (Denver Light Rail at the Convention Center) was precisely at that 18 mile mark. But also in the back of my mind was a thought that if all was well at 18, it would be on to 20!
I was expecting (because of the US Weather Service) a bit balmier of a day than what I received. High 40's became "lucky to hit 40" with a headwind most of the way. Nonetheless, armed with shorts, hairy legs, short sleeve shirt, arm warmers and gloves... I was off.
The first seven miles of the run is extremely hilly. Long uphills, coupled with long downhills make the early miles interesting but also challenging. Once free of the early hills and on the Cherry Creek Path to Denver, I thought I'd be free to pick up the pace (within reason, of course). Unfortunately, no one told the Denver snow removal crew of my long run plans and much of the terrain between 7 and 13 miles was semi snow-packed and/or icy. SO.... I just slowed down.
I can always run slower.
It seems as though I went through a bad patch around 14-16, but perked up a little after a Power Gel. With my quickest miles being 17 and 18, I was enthused enough to carry on for the full 20.
I finished about 100 yards from the train station, jogged over, paid my fare and boom.... there it was arriving at a most opportune time. The last time I ran 20 miles or more was on April 16, 2001 in the Boston Marathon. So all in all, a good run.
We'll see how I feel tomorrow.
Seven weeks till the Napa Valley Marathon!
at January 15, 2011