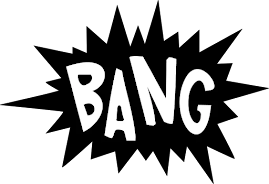 So, with 26 days to go in 2020, I made a decision. I am going to run the year. While I have spent the last few months analyzing my miles in the hope that I would reach 2000 for the year, I have now shifted to that wonderful concept of running the year you're in. It's 2020 in 2020 and ending the year with a bang.

As has been mentioned in this blog on several occasions, I determine a good running year to be a minimum of 2000 miles. And between a bad knee and this whole pandemic thing, I would consider that a milestone and a heck of an accomplishment.

I'm so tired of hearing that people just want this year to end. You know what? While this year has been tough for a lot of people, there is still much good in this world, so much to be thankful for, and countless blessing to look forward to every single day. And I am taking advantage of these last few weeks to close this sucker out with my own personal bang.

When April 1st came around, I was averaging a mere 90 miles a month. On that pace I would have ended 2020 with barely 1000 miles. That would have been borderline shameful and my worst mileage year since 1967, high school, when we didn't run year round. Since then, however, it's been almost 200 miles a month and a nice turnaround of the mileage year. Instead of Corona-settling, I have chosen to draw my own line further out than where it should have been simply because I'm feeling like ending this year kind of spunky (not to mention with a bang)!